I wanted to make black play dough for a change, previously I’ve only used natural or bright coloured play dough.  I tried black food colouring and used a whole bottle but it only developed into a dark grey colour. I decided to try black Brusho (I use this a lot for art or play activities) and it worked really well.

Put all ingredients into a saucepan apart from the water and Brusho. These need to be mixed them together in a separate bowl. Gradually heat the play dough and mix. Slowly add the water with the Brusho to the saucepan and keep mixing. The play dough will become sticky keep mixing until it forms a ball.

Leave it to cool slightly before kneading for 5 minutes, the kneading part is really important as it helps make it smoother and soft to play with. Then you have super black play dough. I found leaving the play dough over night made the black colour stronger – the Brusho seems to deepen in colour. Just add glitter and sequins, although this can be done with little hands! 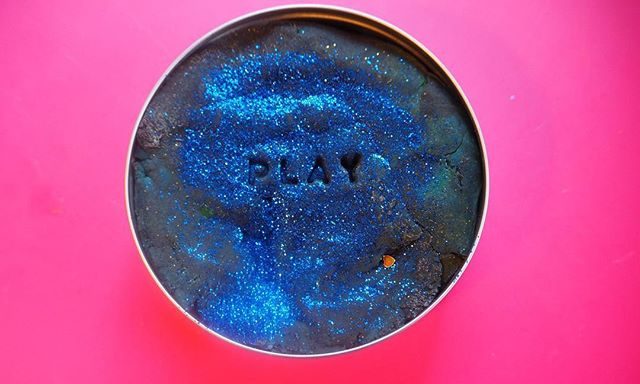 Black play dough with added sparkle – this glitter was added after and brushed onto the play dough.

A quick simple way to make messy play with only a couple of ingredients. Read More 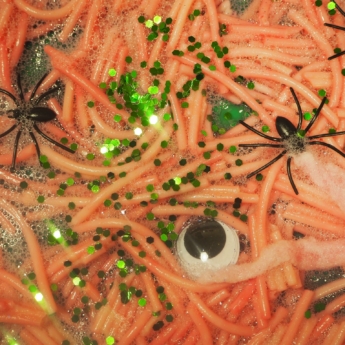 We sell Play Dough!  It’s very exciting I have decided to sell play dough through an Etsy shop.  Currently in the shop I sell individual pots but if there are any teachers out there who need to save time and have it made for them I would also be able to help. There will be other items …read more Read More