A Quick Ocean Play Dough Recipe and Invitation to Play

I created this ocean play dough scene using one of the invitations to play from my Play Dough Play Pack.

Next I decided on adding some underwater creatures as my son has been interested in them as we had recently used the Wee Gallery Underwater book. Alongside the creatures I popped in a couple of shells, glass pebbles and a little glitter. 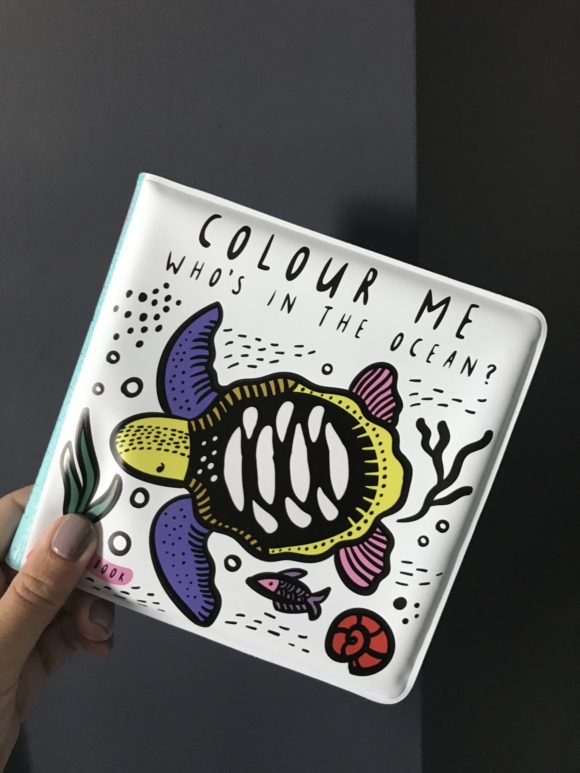 I didn’t add any play dough tools to start with. Rex chose to add his scissors to chop some of the play dough, he tried using them like tweezers to pull the creatures out of the dough. We also found a large shell which he wanted to incorporate into his play. It’s great to watch him manipulate the play dough. I had previously used the glass beads and shells in the Pirate invitation to play and he spotted the numbers which were written! Yay, this made me happy that he noticed without any prompting. 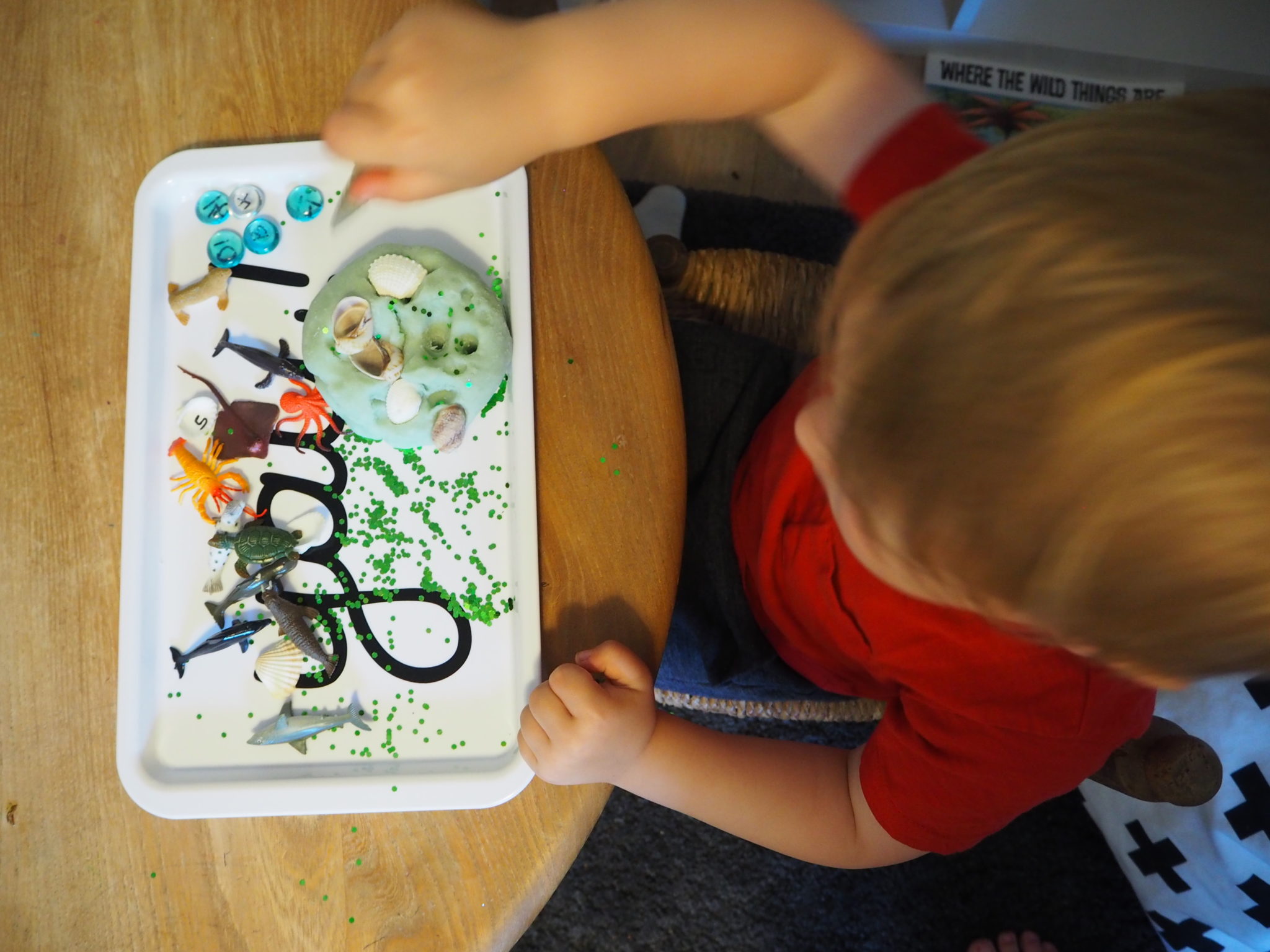 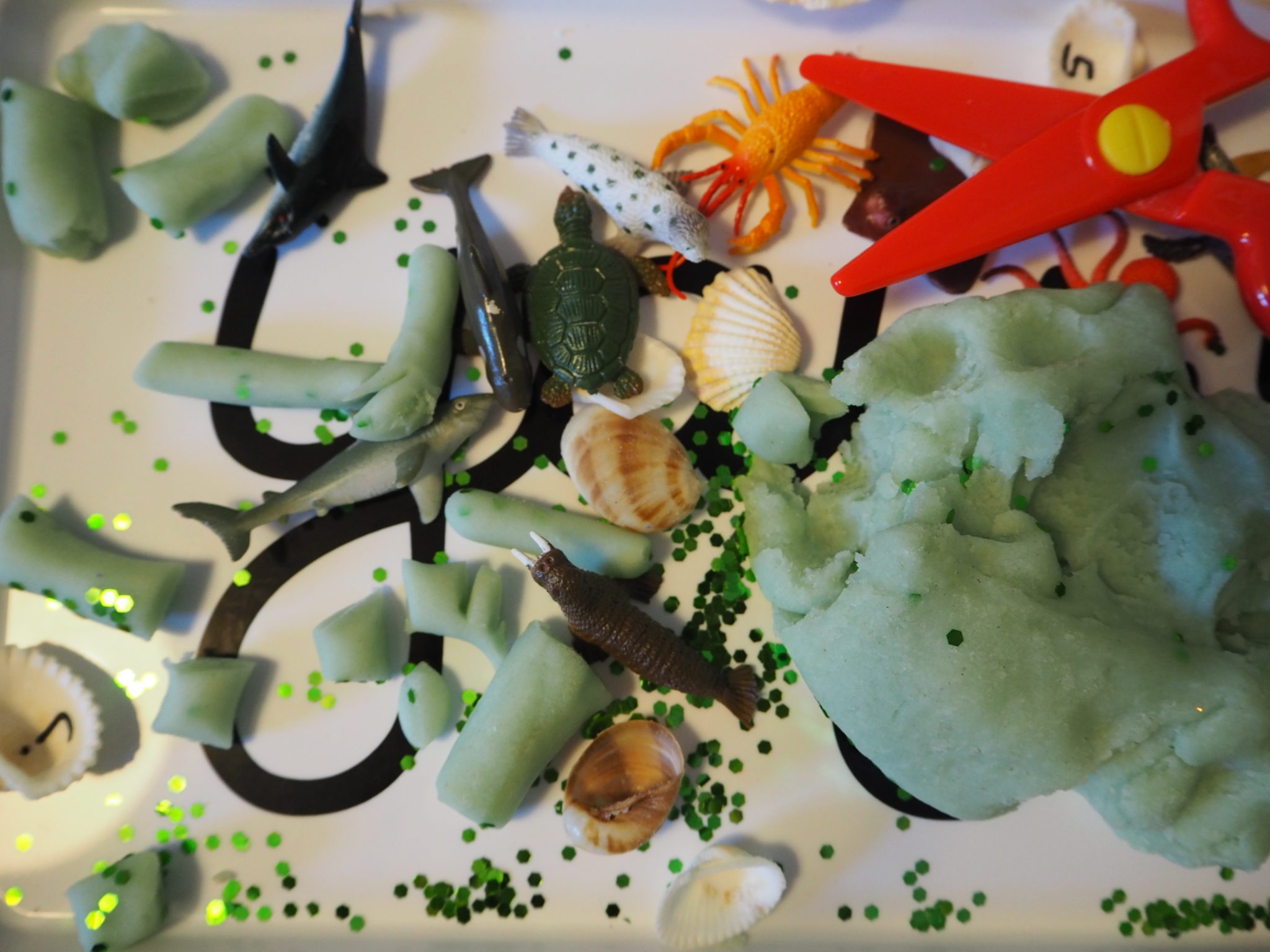 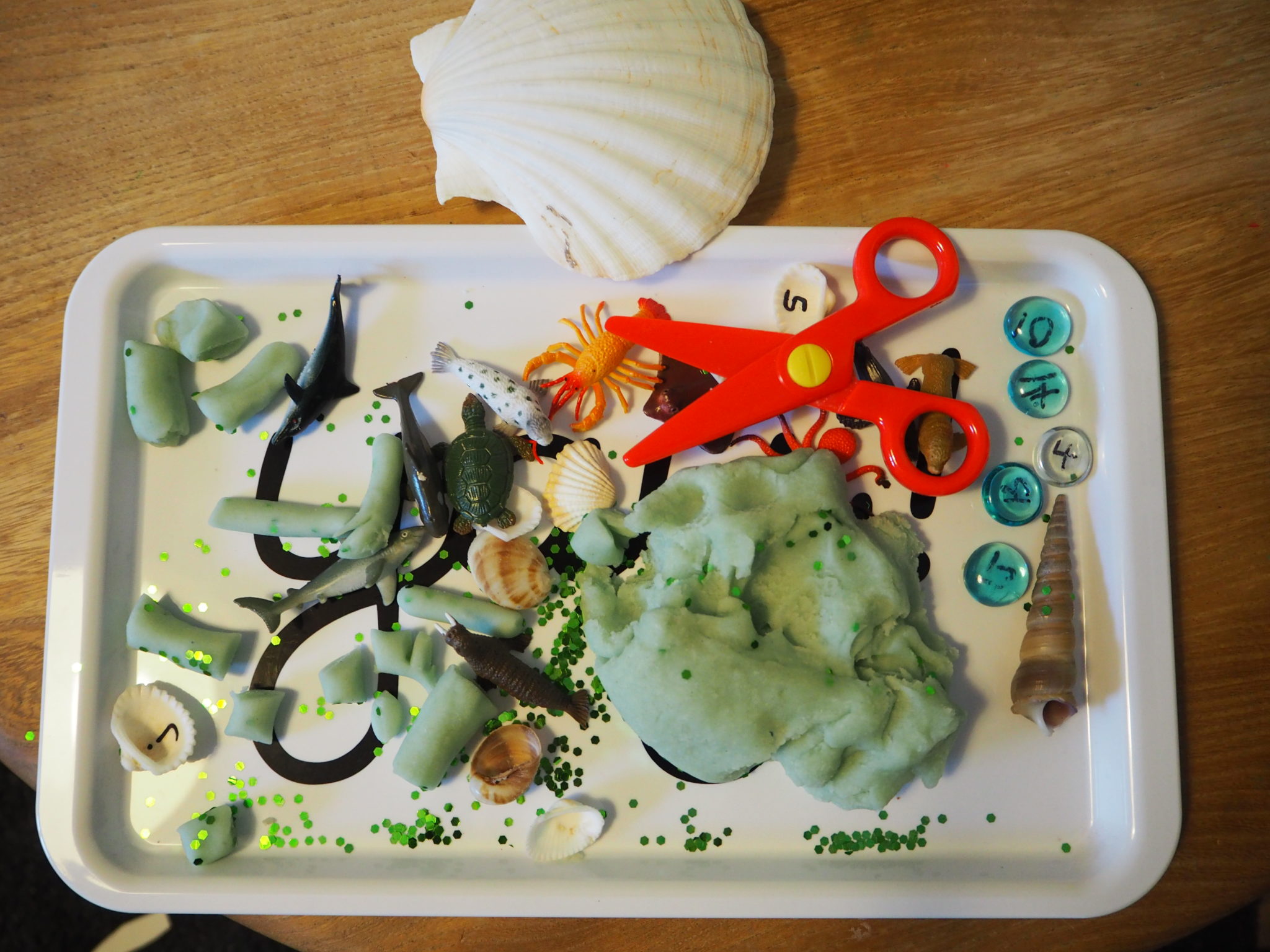 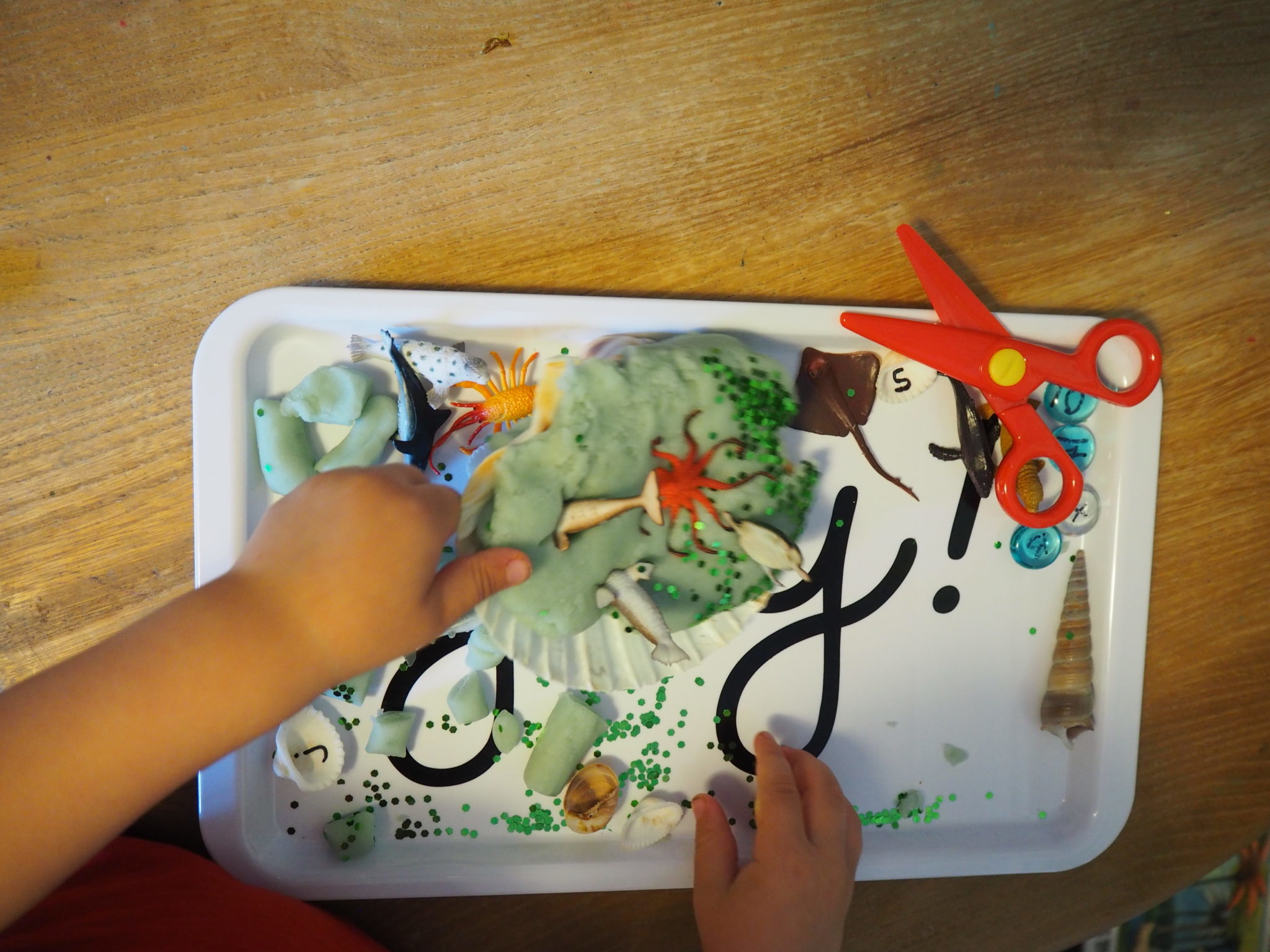 To extend this activity and use in school here are few ideas: 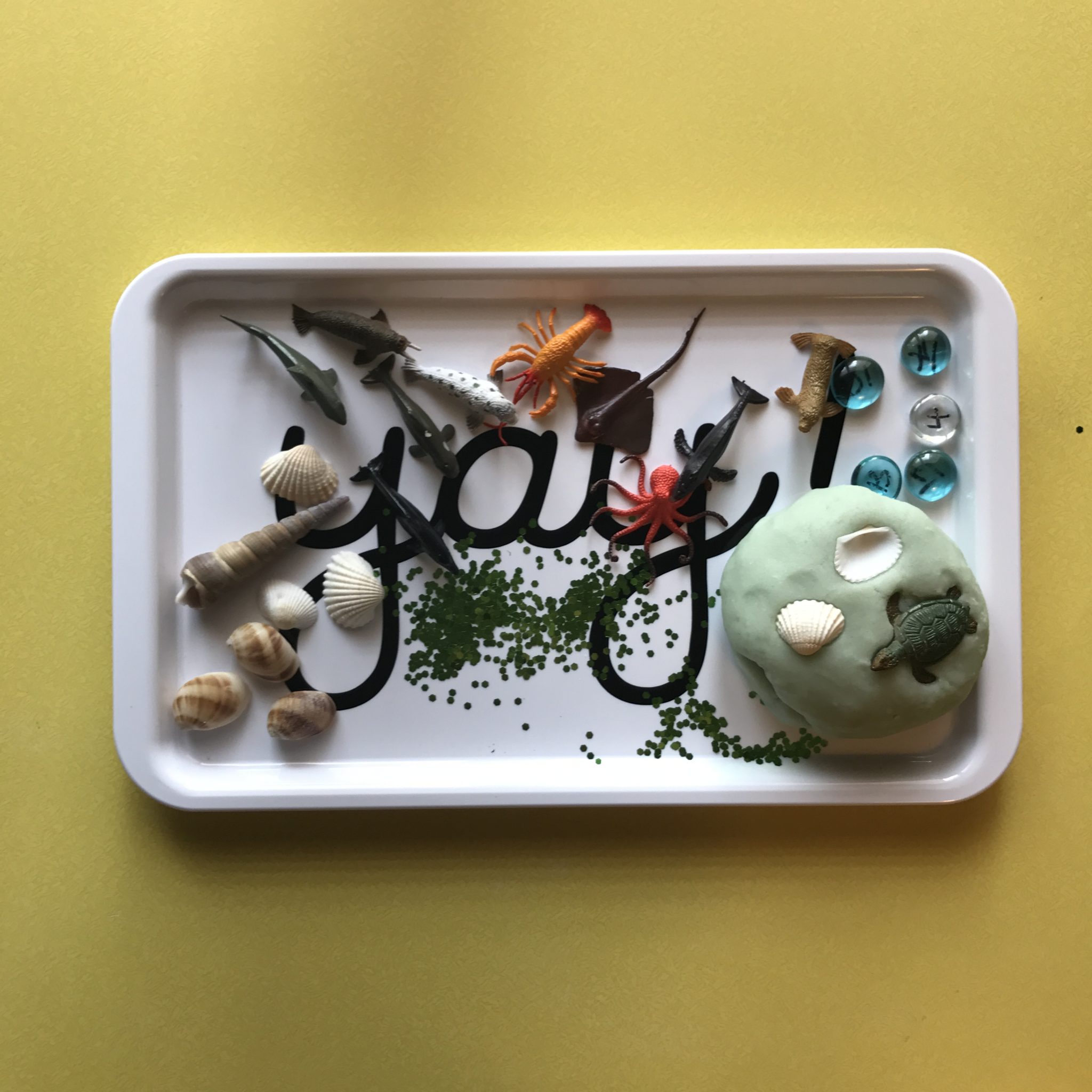 Follow these instructions to make the purple coloured play dough for this invitation to play. You can of course just use bought play dough but I prefer home made as it’s softer for smaller hands. Once I have the play dough, I collect objects suitable for my son to play with; glass pebbles (I’ll always watch him …read more Read More 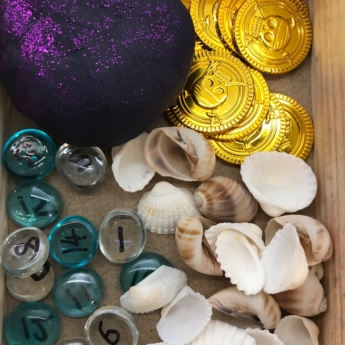 As we had just bought some fresh play sand I thought we should try out a sand play dough recipe! This was the first time I had tried this recipe and found it was quite sticky to begin with, so I added a little more flour which helped. This is a no cook recipe but …read more Read More 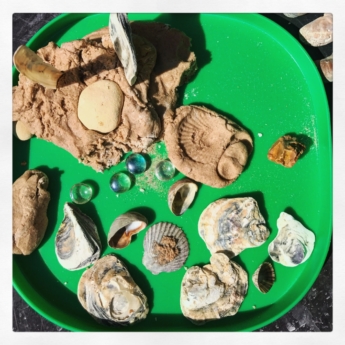